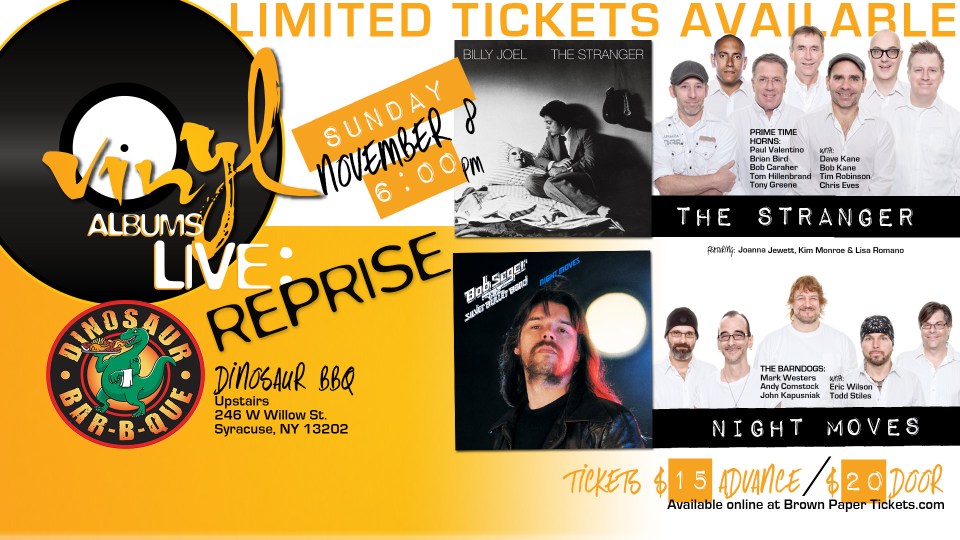 Join us on Sunday, November 8, 2015 for a special limited engagement at the upstairs of Syracuse’s Dinosaur Bar-B-Que! Reprise live performances of two iconic rock albums: Billy Joel’s The Stranger and Bob Seger’s Night Moves. Featuring Syracuse’s premiere bands Prime Time Horns and The Barndogs, joined by a collection of the area’s top musicians. Announcement of the line up for our January 2016 show, Vinyl – Albums Live: VI, will take place between albums.

A limited number of $15 tickets ($16.52 w/service fee) are available ONLINE ONLY. To purchase, use the form below or Click here to visit event ticket listing at Brown Paper Tickets.com

Any remaining tickets available on the night of the show will be $20 at the door.