“Vinyl – Albums Live” is a music series featuring a growing collection of Upstate New York musicians who come together to perform music albums which have been influential in shaping them as musicians and performers.

Created and organized by Syracuse musicians Bob Kane and Robyn Stockdale, the series debuted to a packed house on January 9, 2010 at Mac’s Bad Art Bar in Syracuse, NY. The debut featured 13 musicians who performed Led Zeppelin – “IV” and the Ozzy Osbourne/Randy Rhoads album “Tribute” in their entirety. In the years since, the shows in the “Vinyl – Albums Live” series have evolved to feature the performance of 3 complete albums per show, with additional side performances at summer music festivals in which Vinyl musicians perform selections from the growing list of albums.

The goal of the series is two fold. First and foremost, the series was created to allow live music fans to experience performances of complete music albums the way they remember listening to them, in the order that the original artists intended them to be heard. Additionally, “Vinyl – Albums Live” brings together performers that share a mutual love and respect for this music, but don’t usually get the opportunity to collaborate and take the stage with one another.

With 3 new additional albums to be debuted at “Vinyl – Albums Live: VI” in January 2016. 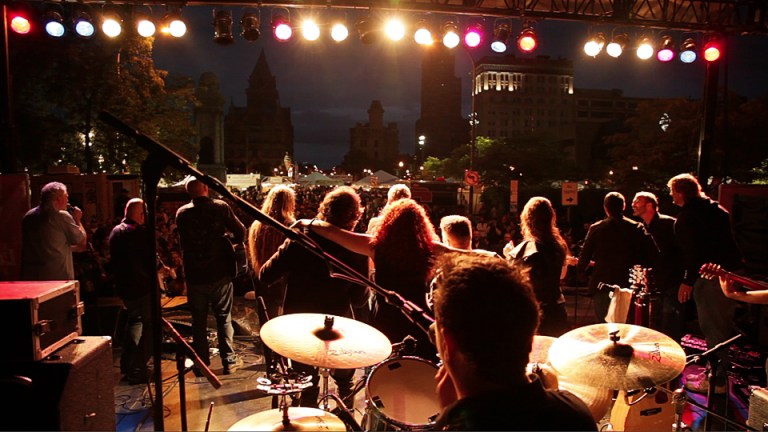